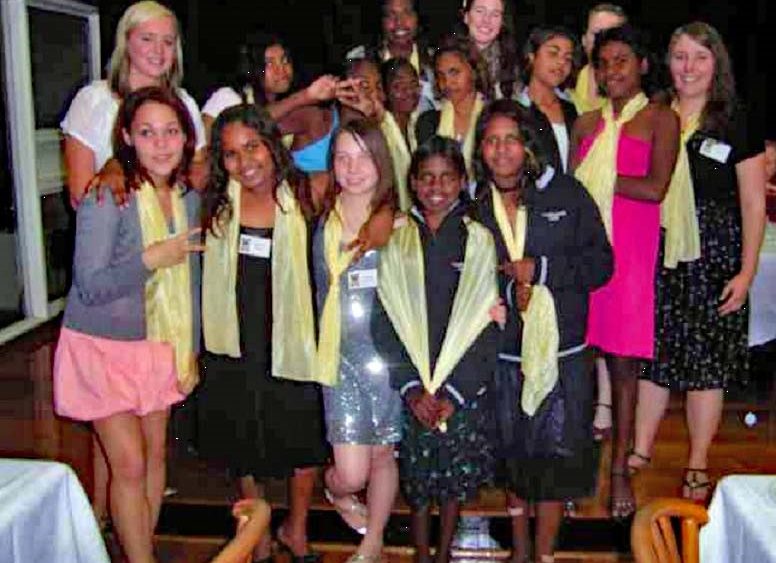 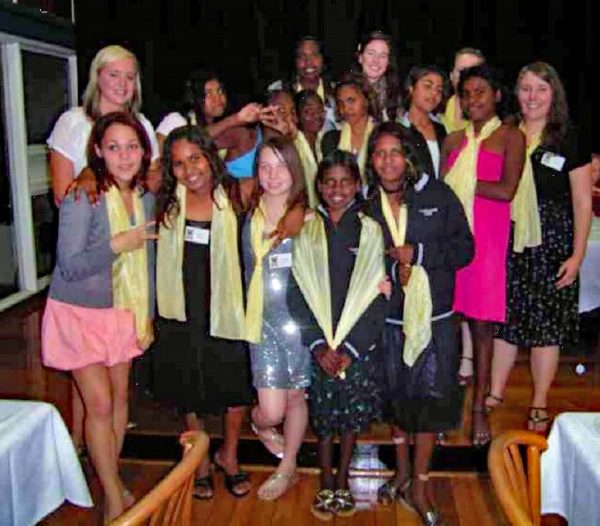 The Rotary Club of Mt Lawley, St Catherine’s College and Charlee Doom, Ambassadorial Scholar led this project. With the support of the Rotary Club of Mt Lawley she became interested in improving opportunities for the Aboriginal students in Halls Creek. She made an initial visit to Halls Creek in 2008-09 and elected to work with the Halls Creek Aboriginal women on a leadership development project.  On her return to Perth Charlee approached the Lotteries Commission of WA for finance to support the project.

To achieve her purpose was to conduct an initial weeklong workshop in Halls Creek with a follow-up week-long workshop at St Catherine’s College.  The project was to involve ten years-9 to 10 students from Halls Creek High School and eight St Catherine’s College Residents and two year-9 to 11 girls from Mt Lawley Senior High School.  After the initial visit to Halls Creek, it was realized that the target group needed to be years-7 to 8 to achieve best outcomes because the girls could be encouraged extend their school careers so that they became eligible for tertiary training.

The core elements of the project were:

Charlee’s proposal was strongly supported by research on poverty-stricken and fractured communities that indicated positive community improvement is more likely to be achieved by focusing initially on the women members of the community.  Moreover, a group approach was likely to achieve sustainable outcomes because groups naturally foster and reinforce individual development allowing a new sub-culture to emerge.

Furthermore, involvement of the relevant community in the development of the project, natural group mentoring and support, and cultural mentoring links whilst in Perth increased the probability of success.

Mt Lawley Rotary Club co-ordinated the consortium of sponsoring and supporting groups, and arranged an evaluation of the benefits to participants, identifying areas for improvement.

The project involved highly successful developmental forums in Halls Creek and in Perth.

St Catherine’s College together with the Rotary Club of Mount Lawley conducted a second project in 2010-2011. 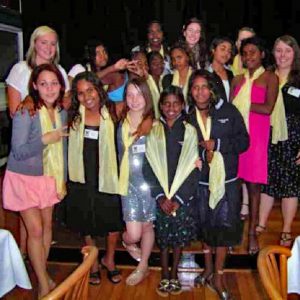