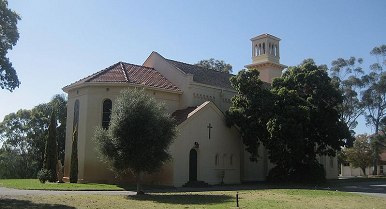 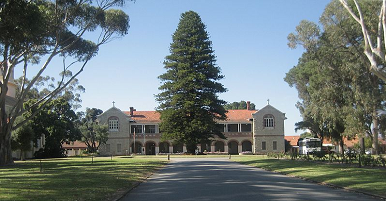 Clontarf began as a Christian Brothers’ boys orphanage in 1919 and later became known as Clontarf Boys Town. In 1984 it closed.  In May 1986 it re-opened as the Clontarf Aboriginal College.  Up to 50 Aboriginal boys and girls were to reside at the facility whilst engaged in educational pursuits.

The Clontarf Foundation was established in 2000. One of the foundation facilitators and sponsors was the Rotary Club of Floreat Park (now the Rotary Club of Cambridge). The Foundation is a non-profit organization which aims to improve the education, discipline, self-esteem, life skills and employment prospects of young Aboriginal men and by doing so, equip them to participate more meaningfully in society. Participants are offered an opportunity to succeed and hence to raise their self-esteem through participation in the popular sport of Australian rules football or Rugby League.

The Foundation’s programs are delivered through a network of Academies, each of which operates in partnership with (but independent of) a school or college. Football is used to attract teenaged Aboriginal men to school and then keep them there. In order to remain in the program, participants must continue to work at school and embrace the objectives of the Foundation. As well as delivering a football program, Academy staff act as mentors and trainers who address many of the negatives impacting on participants’ lives.

The Foundation uses the existing passion that Aboriginal boys have for football to attract them to attend an Academy. Members are not selected on football ability, although many do have an aptitude for the game. In order to remain in the Academy, members must consistently endeavour to:

Clontarf combines mentoring with a broad range of extra-curricular activities to expose participants to a wide range of life experiences which challenge and develop them. A specialised football coaching program is used as a vehicle to deliver this. Participants are involved in leadership camps and personal development activities throughout the year. Highlight activities include interstate and regional tours, school camps, inter-Academy events and excursions. All activities are structured to ensure the development and enhancement of life skills.

Upon completing the program graduates are helped to find employment. A specialist employment officer is employed to do this as well as to provide support until the graduate becomes comfortable with his new job and surroundings.

Clontarf is a sophisticated behavioural change program, not just a sporting program.

Since 2004 a Girls Academy program has been empowering girls and changing communities. Although it opened in the Clontarf Aboriginal College in its inaugural year, the program now runs within the school and is centred around an Academy room that acts as a sanctuary and support centre for the girls before, during and after school. Academy staff provide individual mentoring and support, as well as cultural connection, empowerment, sports and other extracurricular activities.

In December 2008 the Australian Prime Minister, Kevin Rudd, pledged $10 million dollars in funding over a 4-year period to assist the Foundation in developing new academies. With support from the corporate/philanthropic sector, State/Territory governments and the Federal government, academies now operate in 136 schools in Western Australia, the Northern Territory, South Australia, Queensland, New South Wales and Victoria.

The founder and Chief Executive Officer is Gerard Neesham.